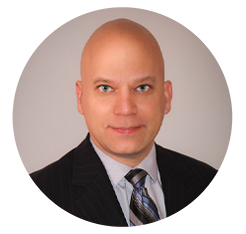 Dr. Bob Range was raised in Cleveland, Ohio growing up an avid fan of the Ohio State Buckeyes and Cleveland Browns. Dr. Bob attended Cornell University and graduated with dual degrees in Facilities Management and Ergonomics. After undergraduate studies, Dr. Bob moved to New Orleans where he worked in IT at LSU Medical Center for several years during the “Y2K bug”. While living in New Orleans, he became interested in healthcare and decided to return to school for dentistry. Dr. Bob earned his Doctor of Dental Surgery in 2012 from NYU and was inducted into the OKU Honor Society for academic achievement. He completed a General Practice Residency at the San Diego VA and a Fellowship in Medical Emergencies at the San Francisco VA. He was recruited as an Assistant Clinical Professor at UCSF School of Dentistry and was promoted to Director of Hospital Dentistry where he trained GPR residents and dental students. Dr. Bob was recruited to the East Coast to the National Institute of Dental and Craniofacial Research where he worked as a Staff Dentist treating medically complex patients in an outpatient and operating room setting. In 2017 Dr. Bob moved to upstate New York where he met his wife, Destiny. They have two young children together, Cora and Robbie. Dr. Bob works at Fort Drum where he serves the military soldiers but enjoys the variety of dentistry that comes with private practice and decided to join Lalor Dental on his free days. When Dr. Bob is not working, he spends his time with his wife playing with their kids, watching Ohio sports teams, and planning trips to Disney World. Dr. Bob’s favorite time of year is the Fall when he watches way too many horror movies and plans trips to haunted houses