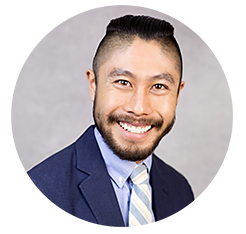 Inagaki received his Bachelor of Science in Biochemistry from the University of California, San Diego. He then earned his DDS degree at the University of California, San Francisco where he first discovered his passion for endodontics. Dr. Inagaki subsequently completed an Advanced Education in General Dentistry residency program in Pittsburg, California, a General Practice Residency in Brooklyn, New York, and finally his Post-Graduate Endodontics program at NYU Langone Hospital-Brooklyn. He was the recipient of several honors during his training, including Resident of the Year during his GPR and Chief Resident during his Endodontic program. He is an active member of the American Association of Endodontics, American Dental Association, and the Second District Dental Society.