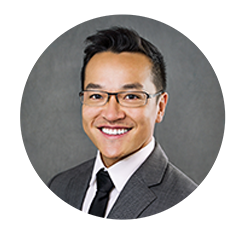 Victor Chow was born and raised in Vancouver, British Columbia in Canada. He went to college in Saskatchewan, Canada and attended Dental School at New York University where he received his Doctorate in Dental Surgery (DDS). He did his Residency in Santa Barbara and has lived on the West Coast since graduating until moving back to New York to join Lalor Family Dental. In his free time he enjoys playing soccer, snowboarding, doing watersports, hiking, and traveling.